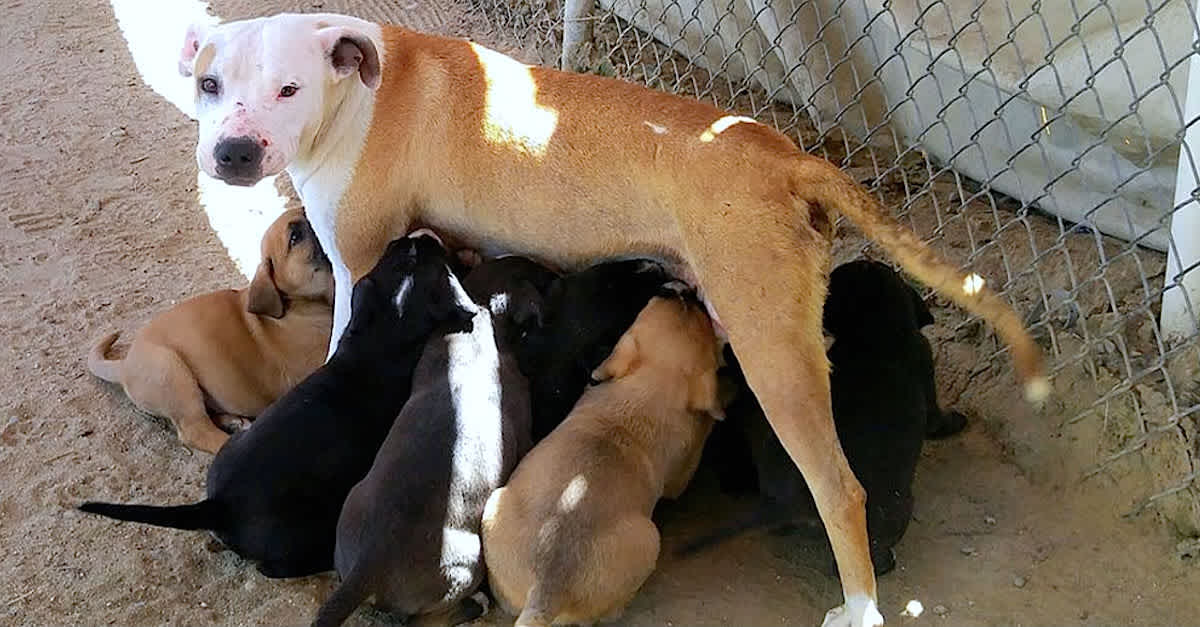 Betty Boop, a stray dog, had recently given birth to her litter of 10 puppies in the California countryside. Krystle Woodward of Pinky Paws ResQ heard about the struggling canine family and took to Facebook for help in trying to catch Betty in the city limits. Dozens of people reported sightings of the elusive new mama, but no one could catch her.

Determined to provide for her puppies, Betty would walk two miles into town to scavenge for food. She’d then walk two miles back to the country to feed her babies before dark.

After a few failed attempts, Krystle and her husband were able to catch Betty in a trap. They took her to the vet and discovered she was suffering from a lot of trauma, and was still nursing.

Betty led Krystle deep into the country, down the vineyards, and into an abandoned and dilapidated farmhouse. Finally, Betty began to slow her pace.

Krystle screamed, “Oh my God!” as she realized Betty had indeed led her straight to her litter so a new and happier chapter could begin.

“She trusted me to show me where her 10 puppies were found,” Krystle wrote on YouTube. “This is truly a miracle to me.”