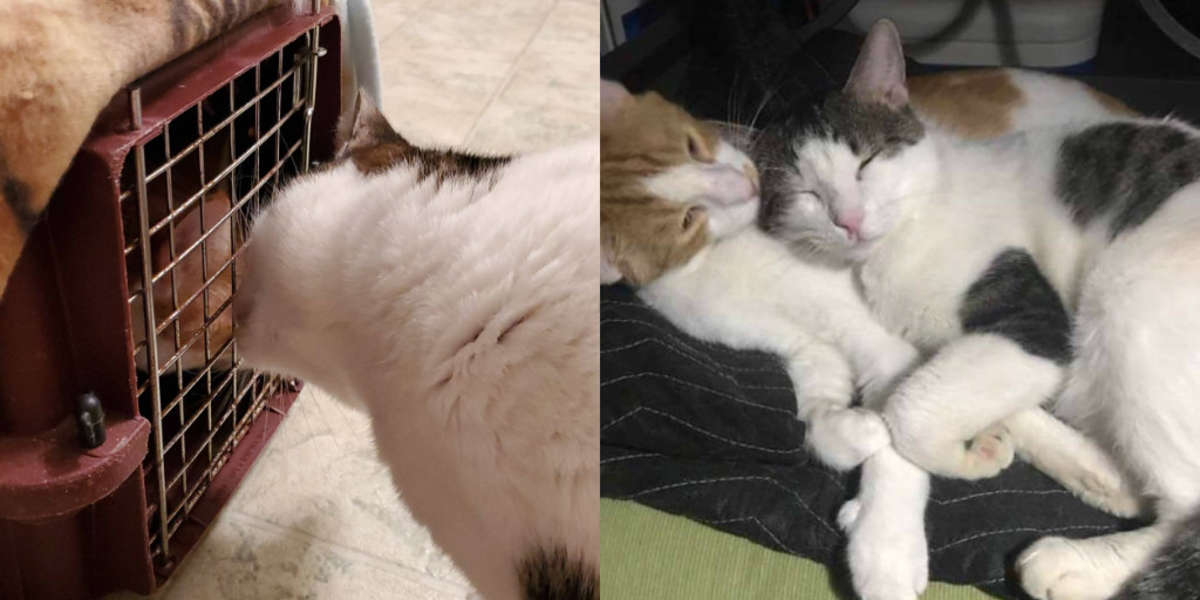 When Dwight originally arrived at a local animal shelter in Kennebunk, Maine, his adoptive mom didn’t waste any time in finding him and falling in love with him. She’d been considering getting a cat for a while, and when she spotted Dwight, she knew he was the one she’d been looking for.

Dwight’s mother, Megan Marsh, told The Dodo, “Dwight is the friendliest cat I’ve ever experienced.” “I’d never owned a cat before Dwight, and I was afraid I’d get a cat who was aloof and simply did their own thing – Dwight is NOT that cat!” He adored belly massages, kisses, and hugs from the day he was born.

He follows me around my apartment, has to be with me at all times and sleeps with me every night.”

Dwight was initially found as a stray in Mississippi and taken in by a foster before making the long trek to Maine to find his forever home. Marsh didn’t know too much about his life before she adopted him — until his former foster mom got in touch and told her all about his past.

While Dwight was in foster care, he’d met another foster cat named Conan, and the pair instantly became the best of friends. They spent over a year doing everything together until it was time for Dwight to head to Maine.

Conan stayed behind — but when it was finally his turn to head to the same shelter in Maine, his foster mom knew she had to reach out to Marsh to see if maybe the pair could be reunited.

Marsh was apprehensive at first, but the more she thought about it, the more she realized it was meant to be, and the adoption was finalized before Conan was even placed into the transfer van. Conan and Dwight would be brothers once more.

Marsh explained, “I live in an apartment and wasn’t sure whether I had enough space.” “After some consideration, it just made sense – they were best friends previously, and I would have been insane not to bring them back together!”

When Conan first arrived in his new home, he was extremely scared. All the traveling and change had been a lot for him, and he wasn’t sure what to make of everything. As soon as he saw Dwight, though, he was instantly a little bit calmer.

As the days went on, his brother helped him come out of his shell more and more until Conan finally realized that he was home.

“He and Dwight recognized one other and became friends again,” Marsh recalled. “I actually got up in the middle of the night to discover the two of them hugging in Dwight’s small bed.” “It was the sweetest thing I’d ever seen!” They’ve become inextricably linked. If one is there, the other is almost always nearby. It’s apparent that this was the finest choice!”

Conan and Dwight were apart for seven months, but as soon as they were reunited, it was as if nothing had changed. They instantly fell back into being best friends and brothers, and they’re clearly thrilled that it’ll be that way for the rest of their lives.