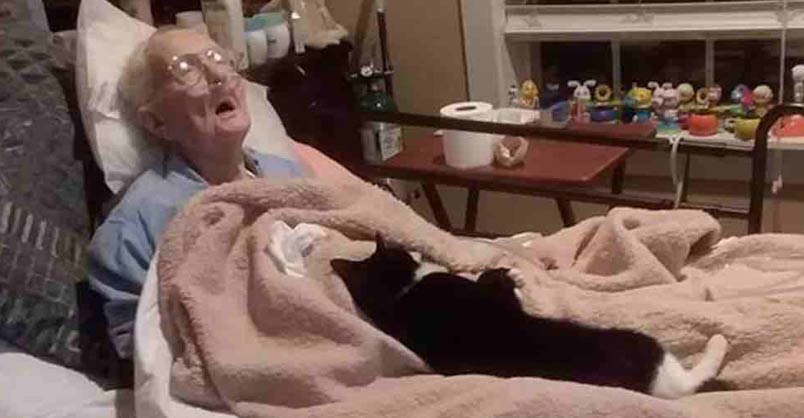 It’s never simple to move on after losing a loved one, and it seems that cats also struggle with this.

96-year-old Sarah Whaley is the only lady Trooper the cat has ever truly loved without conditions.

While renovating a home in 2014, Trooper was discovered by Alexis Hackney and her family. They heard her meowing from the basement and went to investigate.

Alexis stated, “My mom and sister had to grab a sledgehammer and smash through the sheetrock in order to reach her since she was in the wall. She was maybe two weeks old. Her eyes weren’t even fully open.

They took the kitten home where she formed a close bond with their grandmother Sarah who lived with them.

The family hadn’t realized how close the two were until Sarah fell ill.

Trooper slept on her bed most of the time and was constantly bringing her gifts from around the house.

When Sarah sadly passed away Trooper was inconsolable.

Alexis added, “She stopped eating because she didn’t want to be around my grandma’s corpse. She doesn’t speak much, but the cat was constantly wailing as she walked about the home.

While Trooper is now getting better, she still still misses Sarah.

Cats are supposedly difficult to comprehend and distant, but evidence proves otherwise. Cats really care deeply about the humans with whom they share their lives.