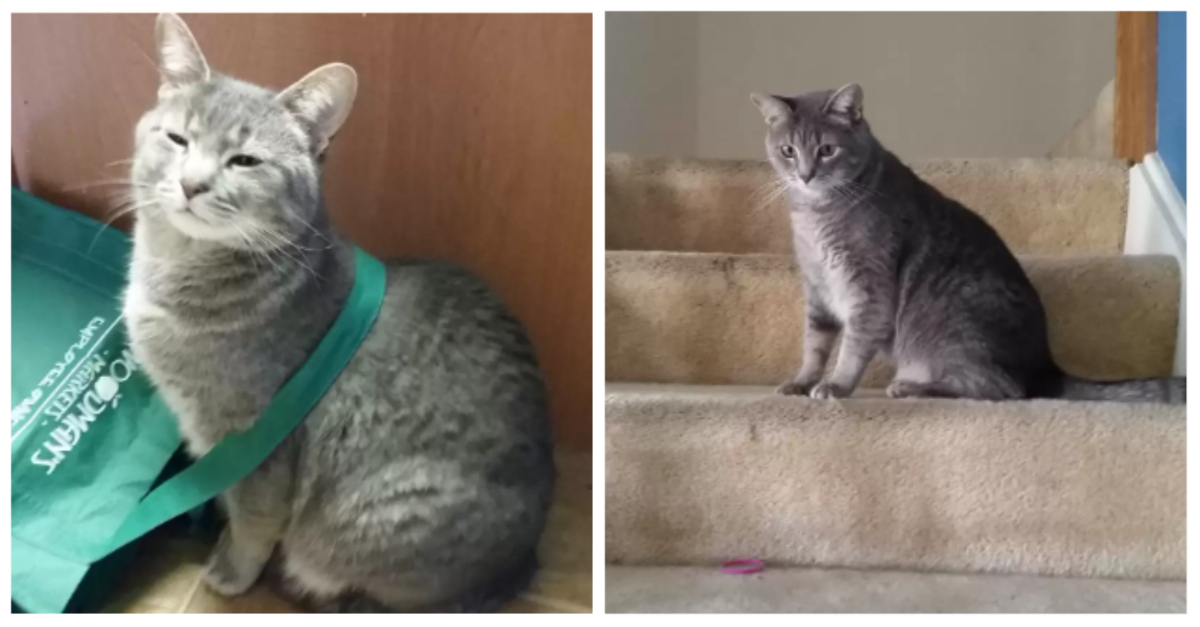 Charlie has always been a very silly and lively cat. His family saved him when he was just 12 weeks old. Everyone began noting that he consistently placed a toy in the same location every morning before they woke up around six months ago. Charlie was actually leaving gifts for his family, but they weren’t aware of it at first. It turns out.

“In the beginning, all we noticed was that once in a while we would find one of his favorite toys near the top of the basement stairs, which we had to pass to get into the kitchen each morning,” Beth Tivol, Charlie’s mom, told The Dodo. “We figured he had been playing with it during the night and had just left it there. As time went on, one of his toys wound up there almost every morning. We learned to step over them.”

Frustrated that his family wasn’t recognizing his gift-giving, Charlie decided to take his efforts up a notch. Instead of just leaving his toys, he started leaving random things he found around the house, in the exact same spot as always, of course.

“Eventually things that weren’t his usual toys started appearing,” Tivol said. “A hair tie. A pen cap. A twist-tie that had fallen to the ground the night before that we hadn’t been able to find. Yet another hair tie.

It was rather convenient, but we thought they were just little things that had caught his eye. Some days when he had something that he must have thought was particularly awesome, we’d find him sitting in the doorway expectantly. After a few more weeks of this we finally figured it out. He was leaving us gifts!”

Now, every morning when Charlie’s family wakes up, they come downstairs and eagerly check to see what Charlie has left for them. No item is off-limits, and it seems that every night Charlie scours the house to find the perfect, very weird gifts to present to his family.

Some of his gifts include electrical tape …

… a straw from McDonald’s, some drill bits, and a green bow.

Sometimes, his family claims they have never even seen some of his gifts in the house and has no idea where he gets them.

Tivol stated, “The McDonald’s straw is a mystery, but I suspect the bow came from beneath the sofa, and I know the drill tools were on the workbench next to our drill press.

Charlie appears to feel the need to thank his family every day with very strange presents that he’ll probably never stop delivering since he is so appreciative of them saving him.

Tivol remarked, “I have to admit, getting up in the morning is completely different now. “Has Charlie brought anything for us today? Is it a toy or something unique for him? Actually, the suspense is both exhilarating and comforting. We are extremely appreciative of our Charlie Kitten, and it’s a wonderful way to start the day.