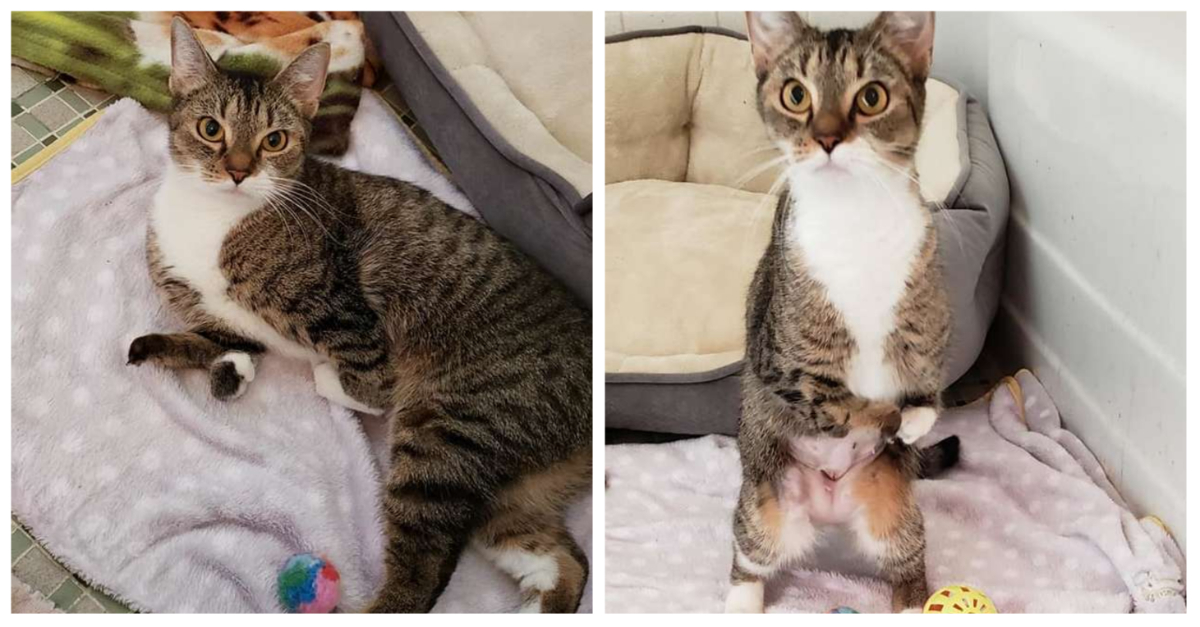 Roo’s twisted front legs were the first thing an Indiana man saw when he initially came upon her living outside close to his home, but she didn’t appear to be aware of the difference. To make it easier for Roo to visit his porch and receive some food, the guy constructed a ramp out of a desire to help. The man phoned the Official Humane Association of Clark County about his friend Roo as he prepared to leave.

Peggy Campbell-Rensel, who works with the Official Humane Association of Clark County, told The Dodo that “He was scared the new renters wouldn’t care for her.”

The shelter agreed to take Roo in, as well as her kitten, and fell in love with her the moment she arrived. Seeing her twisted front legs, they weren’t sure exactly how Roo managed to get around …

… until they watched her hopping, rolling and standing on her back legs like a little human.

Because it’s all she’s ever known, Roo knows precisely how to get around, and while everyone else considers her ways to be extremely cute, to Roo, they’re just a typical aspect of life.

According to Campbell-Rensel, “She doesn’t know she has any problems.”

Her posture when standing is simply too adorable and completely captures her charming attitude. While everyone at the shelter has enjoyed getting to know Roo and spoiling her, they also want to match her up with the ideal family as quickly as possible.

Roo has now gotten used to her new home and is searching for a forever family. She needs a family who accepts her uniqueness and will be there for her if she ever needs further assistance, but really she simply needs a lot of love.

Roo doesn’t seem to know that she’s any different from other cats, and everyone is hoping to find her a family who sees her the same way.