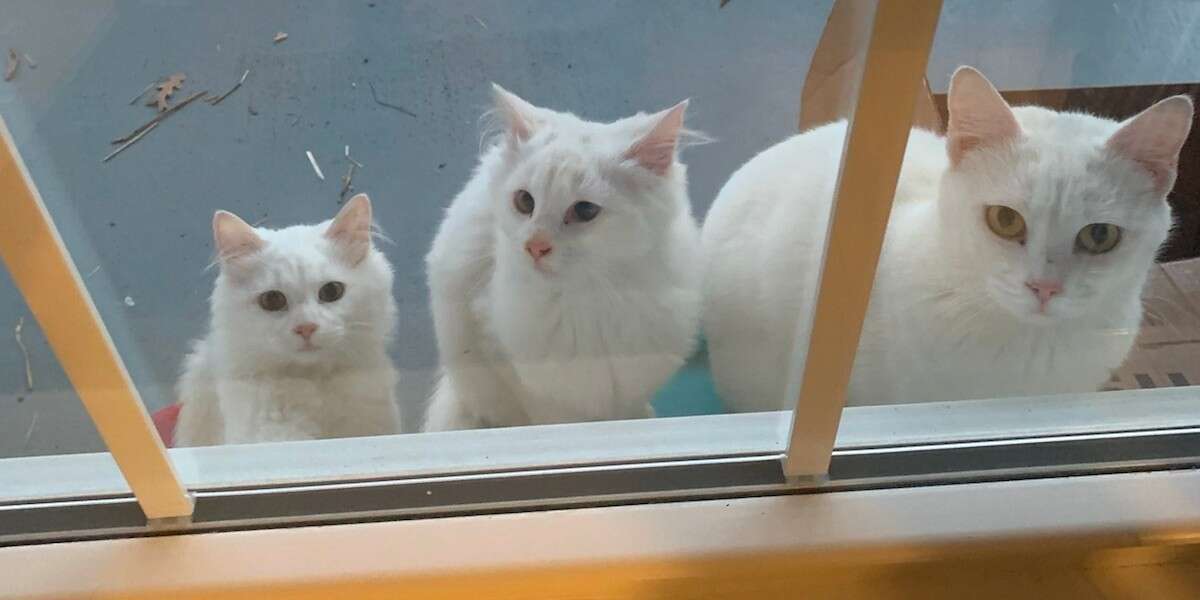 Mothers are constantly aware of what is best for their families, and this also applies to animals.

A stray cat by the name of Mama Ally recently made the decision that she’d had enough of the streets and moved her family to a location where she knew they’d be safe.

The mother cat and her two fluffy, white kittens stood in a line on the doorway of a family’s house in North Carolina and peered inside through the glass, wanting to be recognized.

When the homeowner saw Mama Ally with her months-old kittens, she called Sparkle Cat Rescue for help. The rescue stepped in to trap the little family and bring them to safety. But it didn’t take long for them to realize that Mama Ally had one more surprise in store — she was pregnant.

Inquiries regarding fostering Mama Ally were made to Murphy’s Law Animal Rescue, a partner organization, and its founder Sarah Kelly. Kelly agreed right away to look for a cozy place where the cat may spend her last trimester in peace.

Additionally, Mama Ally made sure to welcome her new humans with gratitude.

“She was immediately seeking out attention from her foster, Monica, the second she was welcomed home,” Kelly told The Dodo. “She loves to curl up in her lap, on her arm, wherever she can snuggle into the closest! She will spend the day sleeping on her shoes or clothing that smells like her if she has left the house. She loves people and affection.”

Weeks passed, and Mama Ally proved yet again why she’s Mother of the Year.

“She has the sweetest heart,” Kelly said. “To have cared for her older kittens so long and so well, outside as a stray — seeking out help — she has proven what a heart of gold she has! She gave birth to her five babies like an absolute rockstar and has taken to adoringly caring for them like the best mama in the world.”

Finding homes for Mama Ally and her five new kittens is now the only thing left to do after the adoption of her bonded elder offspring. And Ally’s ability to recognize when to ask for help was the key to their successful future.