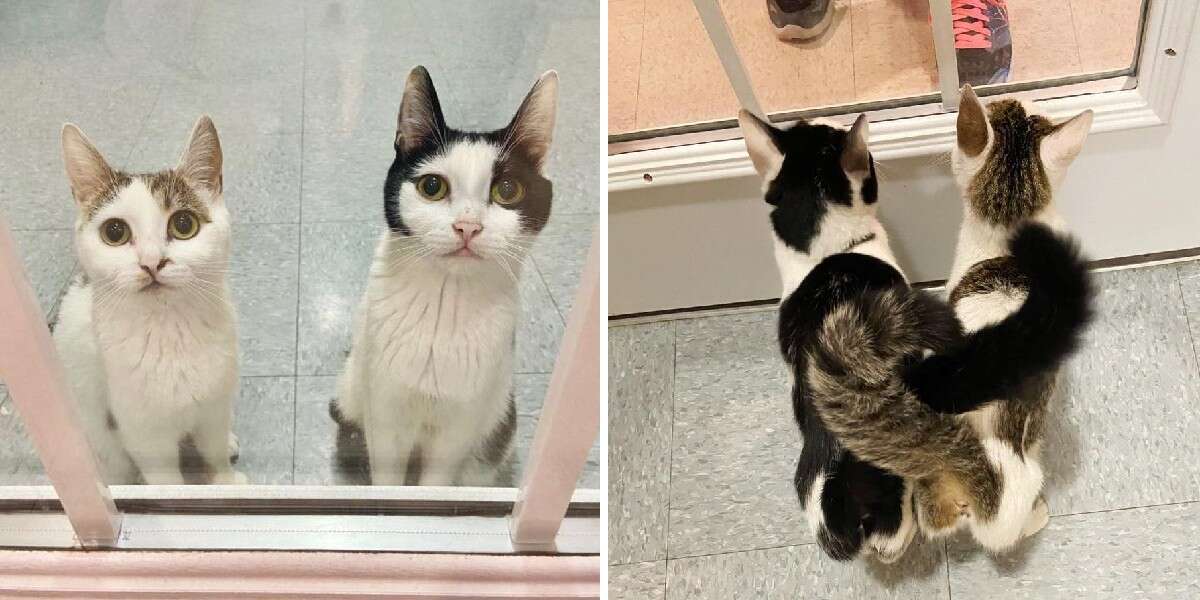 Sleeping, eating, playing, and now rearing their eight kittens together, Xeno and Ripley do everything together.

According to Sarah MacLeod, a worker at the Exploits Valley SPCA, “they are inseparable sisters who even wander around with their tails intertwined.”

In late September, the young mothers arrived to Exploits Valley SPCA. When they were saved and brought to the shelter by volunteers from a nearby rescue, both cats had just turned a year old and weighed around 4 pounds.

The young family is now prospering after the co-parenting mothers moved into a large room with many of toys and nice bedding to keep them at ease.

The mothers are aware of how difficult it is to raise a family this size.

They needed a few additional weeks to let their infants grow, so MacLeod explained, “We’ve kept them in a room to ourselves and have been continually fascinated by them.” “They entirely share the kittens; at any given time, all eight may be feeding from either mom.”

The two litters are so bonded that there’s no way to tell which kitten belongs to which mom, and that’s just the way Xeno and Ripley like it.

When the mama cats aren’t busy caring for their rambunctious kittens, they can be found standing side by side, looking out the window of their room, hoping a potential adopter walks by.

They like peering through the glass door into the hallway, according to MacLeod. “They enjoy attention and people!”

Even while several of the kittens have families eager to adopt them, neither mom has tragically received a single application.

The shelter wants to place Xeno and Ripley with a caring family that will welcome both mothers into their hearts and homes.

Everyone in the shelter can see that these cats have a lifelong bond and are eager to shower their future home with affection and cuddles.