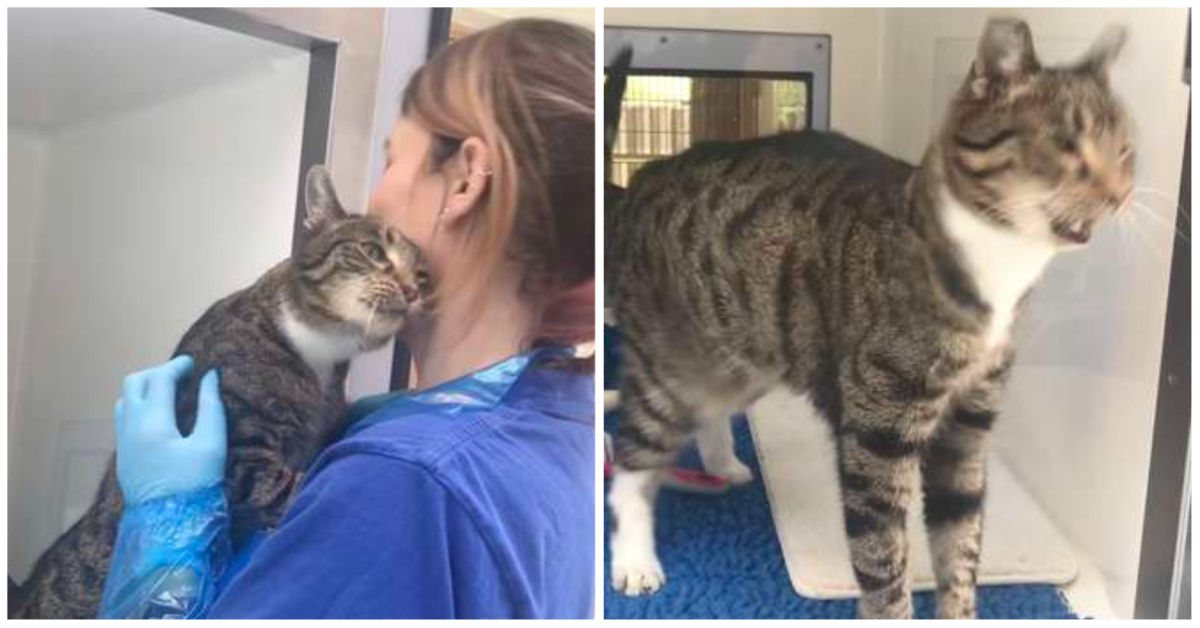 Elliot, a 9-year-old tabby cat, has been at the shelter for three months and is having a difficult time finding a forever place. No one wants to adopt him because he is always sneezing, which worries the rescue team at the Elliot’s Cats Protection Center in East Sussex, England.

Before living at the center, he was living as a stray and a Good Samaritan came to give him a loving home. Unluckily, his new owners realized they were allergic to him, and they had to bring him to the shelter.

The chronic rhinitis that the tabby cat Elliot has resulted in a few minor health difficulties for him, but nothing major. He constantly sneezes because of his chronic runny nose and congestion.

“Elliott is definitely very snuffly and his condition means he has some damage to the bones in his nose,” she said. “However, this doesn’t bother him and he is a happy, affectionate chap.”

He is an affectionate and sociable cat. He adores kids and can spend the entire day on your lap. He doesn’t believe that he differs from the other cats at the shelter in any way. He is so looking forward to the chance to become the ideal pet.

The center is still looking for a potential adopter, who will able to overlook Elliot’s sneezing fits and give him the loving home that he deserves. If you want to adopt Elliot, you can visit Cats Protection’s National Cat Adoption Center’s website for more information.