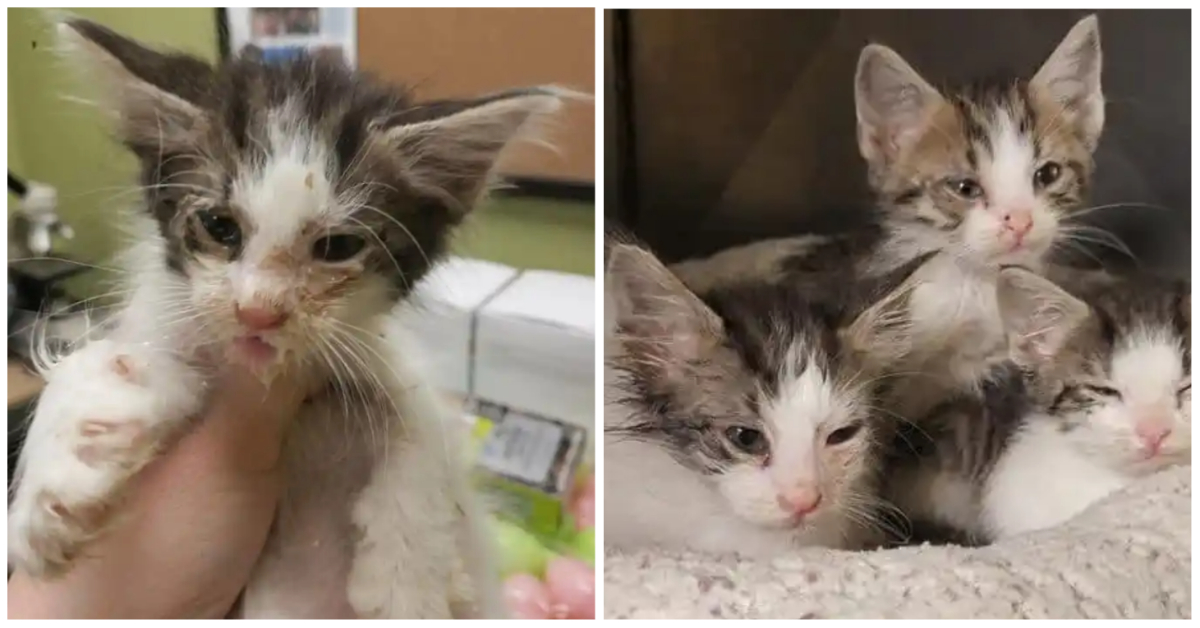 A Mississippi lady was traveling last week when she abruptly became aware of an unexpected stop sign at a bus stop. A jumble of a sack was hanging from it.

The sack started to move out of nowhere—someone was inside! Three vulnerable kittens, no older than 1.5 months old, were discovered in the woman’s luggage when she slowed down and stepped out of the car to sort things out.

She gathered them, got back in her car, and headed to Cleveland’s Cleveland/Bolivar County Animal Shelter.

The kittens suffered from fleas, dehydration and exhaustion. In addition, they were all cold.

The children were quickly cleansed by the shelter staff, who then cleaned their eyes and administered the appropriate medications. The kittens were given a healthy diet and placed on a cozy bed.

The kittens clung to one other and didn’t go to sleep because they were so startled by what they had experienced.

The children felt better the next day, and their breathing returned to normal.

They had an appetite, and he met his saviors with genuine joy. After a couple of days, the eye infection was gone, the kittens completely perked up, began to frolic and chase each other around the room.

They will soon be healthy, strong, and prepared for adoption.

Yes, their early years were difficult, but once they were freed from the stop sign, everything was easy.

Three lives were spared as a result of an alert lady. We wish them all success they are deserved!