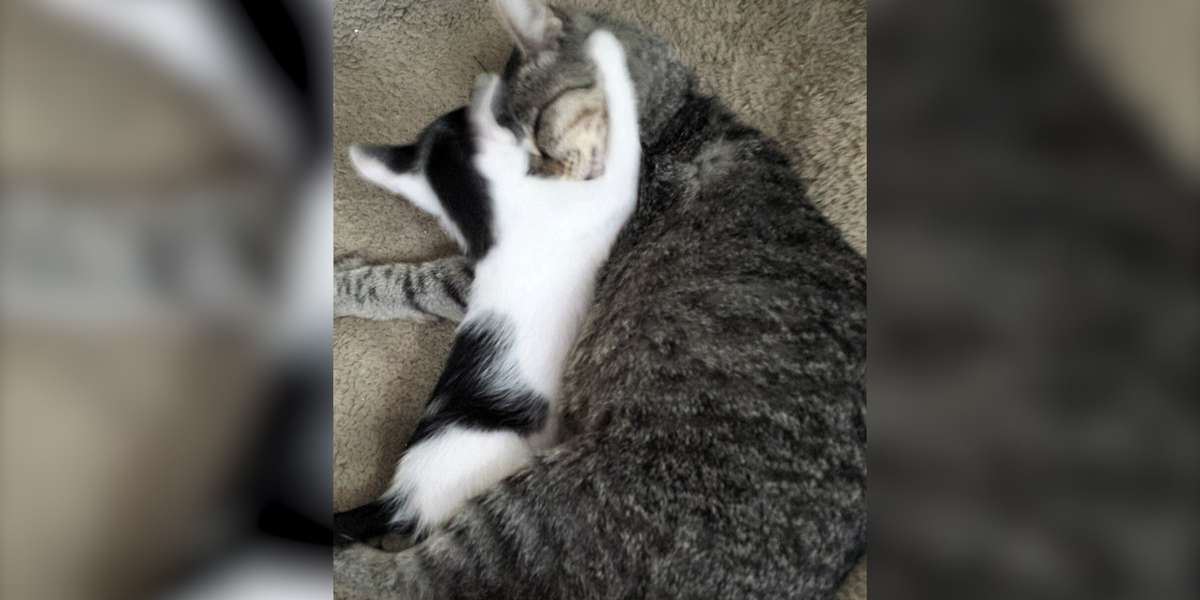 Posey is now approximately 4 years old and, despite the fact that she is no longer a stray, she still enjoys going on periodic outside outings. Posey left the house one day, disappeared for a while, and when she eventually returned, she had quite the surprise in store.

“I guess she missed having a baby around and found one,” Wright told The Dodo.

Somewhere in her travels, Posey came across Meesy, a tiny, 7-week-old kitten. Posey’s maternal instincts must have immediately kicked in, and so rather than leave the poor kitten all alone, she brought her home and presented her to her mom.

The kitten has never been spotted in the area, according to Wright. “The cat is definitely mine, I’ve already confirmed that. Meesy and Posey could have merely happened to cross paths since she must have become separated from her mother.”

Meesy was so young that she had to be bottle-fed, and whenever she wasn’t being held by Wright, she was with Posey, being cuddled and loved. Posey loved on Meesy as much as she could, trying to convince her mom to let her keep her – and of course, it worked.

Both cats are overjoyed that Meesy followed Posey home one day and unintentionally discovered her forever family.

“They love each other,” Wright said. “They’ve completely adopted each other.”