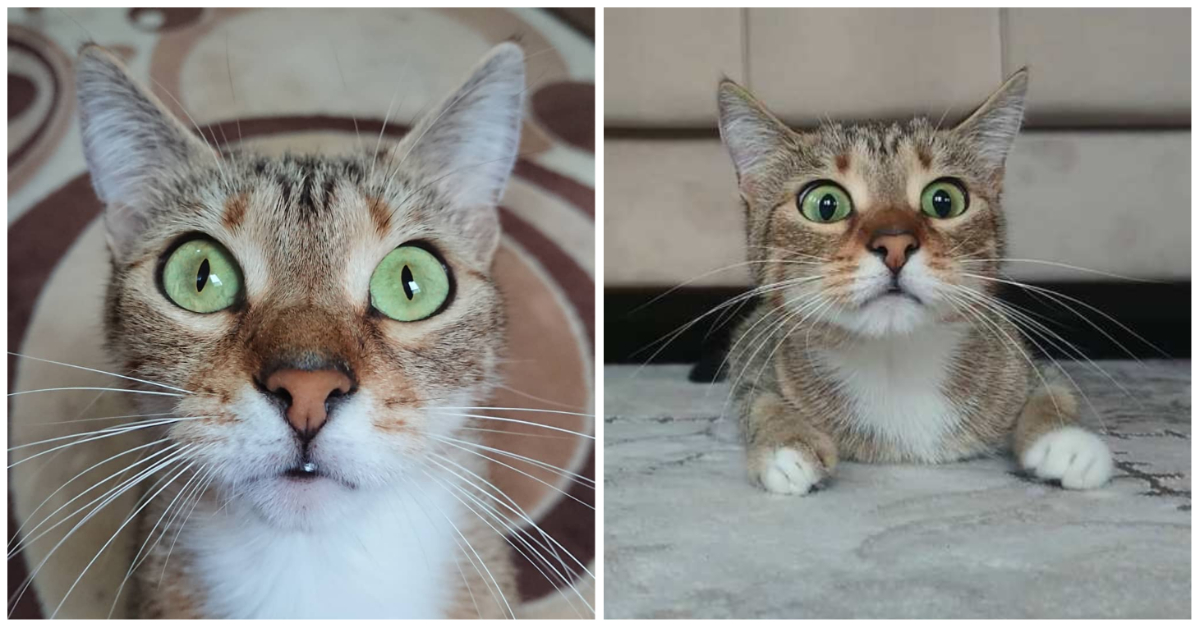 Horror movies make us frightened, and our mischievous cats are no different. Anybody would be terrified by the abrupt and loud noises, as well as the creepy soundtrack in a horror film.

Our independent and self-assured feline companions would certainly flee the space or freeze in place out of dread. The cat in this post is unique, though. He loves scary movies.

Meet Togepi, a cute tabby cat who loves being scared. He was rescued from a car engine block, was adopted out and then rejoined the Happy Cat Family.

“I named her Togepi from the series Pokemon, because in Pokemon, Togepi grows in an egg and when the egg hatches, she thinks the first person she sees is her mother. She was just like that when I carried her in my backpack. I fostered her for a couple days then a nice guy adopted her.

After 2 months, Togepi came back to me because of personal issues. She didn’t have any problem with fitting into the tabby family,” Togepi’s human said.

The owner of Togepi recently posted a video on social media demonstrating Togepi’s response to a scary movie.

Watch Togepi’s reaction in the video below: