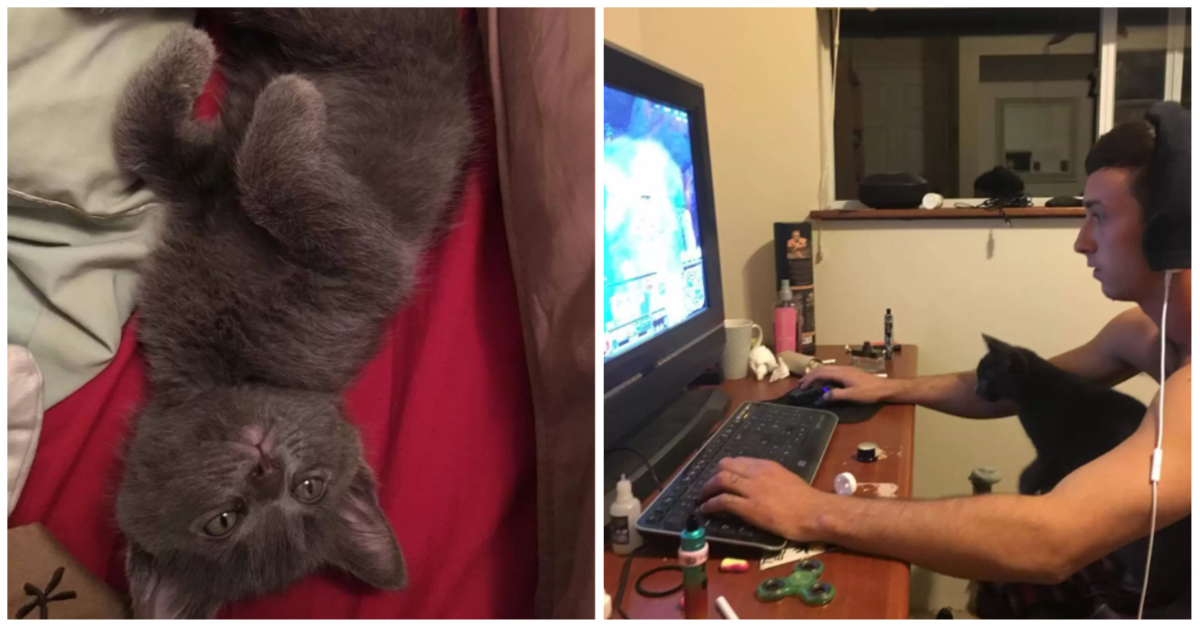 Even though Rengar is just 6 months old, he and his father have been closest friends for the most of his existence. Because they are so close and like doing everything together, Rengar’s dad knew exactly how to help him feel less alone while he was going through a difficult period.

Rengar and his dad have very similar personalities. They can both be very stubborn and don’t like being told what to do, but they’re also very affectionate when they want to be, and together they make the perfect team. The pair are rarely apart, from napping together …

… to just hanging out and being goofy.

Little Rengar was not at all pleased about having to wear a “cone of shame” after having to undergo neutering. Rengar’s dad did his best to cheer him up by cuddling with him, but he was still depressed. As a result, his dad came up with the finest solution.

He was able to create a sizable cone for himself in approximately 30 seconds and put it on to show Rengar that he wasn’t alone in this.

“Rengar was confused at first, then when he realized his dad was also wearing the ‘cone of shame,’ was more comfortable,” Sarah Proctor, Rengar’s mom, told The Dodo.

When Rengar noticed that his best buddy was also donning a cone, he started to feel a little more at ease and didn’t appear to dislike it as much after that. Since he and his dad do everything together, it couldn’t be so horrible if his dad was also wearing a cone.

Rengar can handle anything as long as he is with his father since he loves him more than anything.