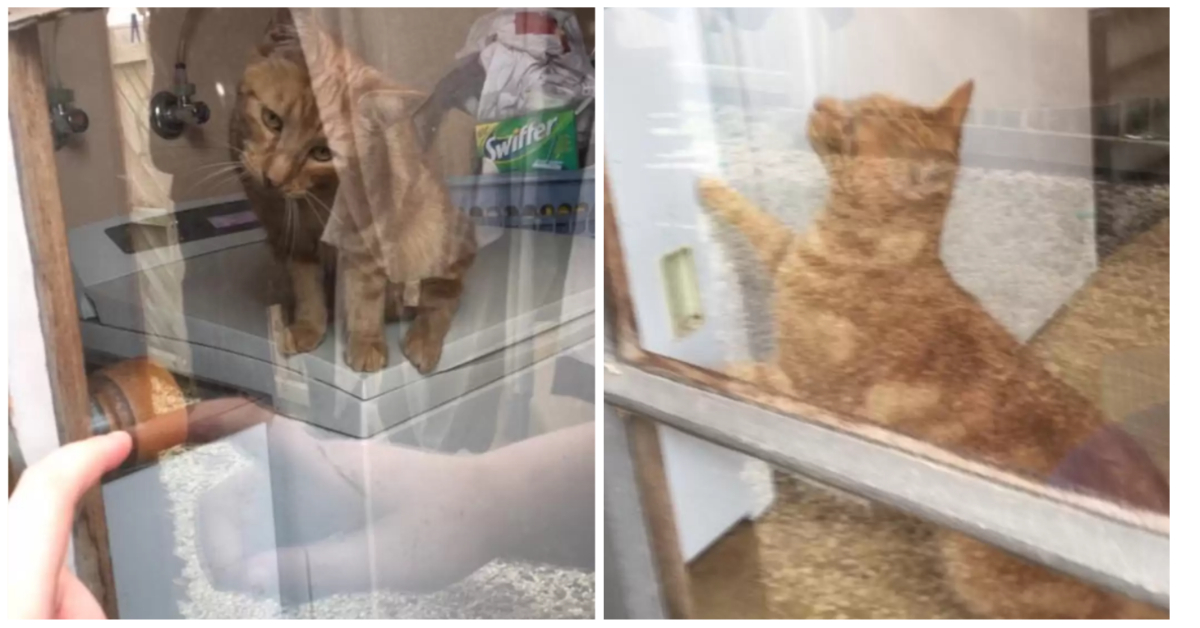 The door handle broke off in Claire Paynter’s hands as she attempted to enter her home after spending the whole day going in and out to complete tasks. She was desperately trying to find out how to break into her own house because she couldn’t open the door without it when her cat Gingee approached the door.

Paynter got the odd idea to attempt to coax Gingee into opening the door as he was meowing through the glass, trying to figure out why his mother hadn’t just come inside already.

Paynter said, “I wasn’t really expecting it to succeed.”

Paynter tapped on the window, and Gingee was immediately curious. He hopped up onto the washing machine, which was level with the door handle, and Paynter knew this was her chance to try and get him to let her in.

“I kept tapping on the window and pointing to the door handle,” Paynter said.

Paynter repeatedly touched Gingee in an effort to convince him to comprehend. It required continuous tapping and explanation for around 10 minutes.

But finally, Gingee understood what his mom wanted him to do. He reached out with his paws and grabbed onto the handle, opening the door and finally letting his mom back inside.

Paynter was happy that her insane idea really succeeded and was so proud of Gingee for helping her get inside, but she also hoped she hadn’t unintentionally caused a problem.

Paynter said, “Now I’ll have to make sure he doesn’t let anyone else in.