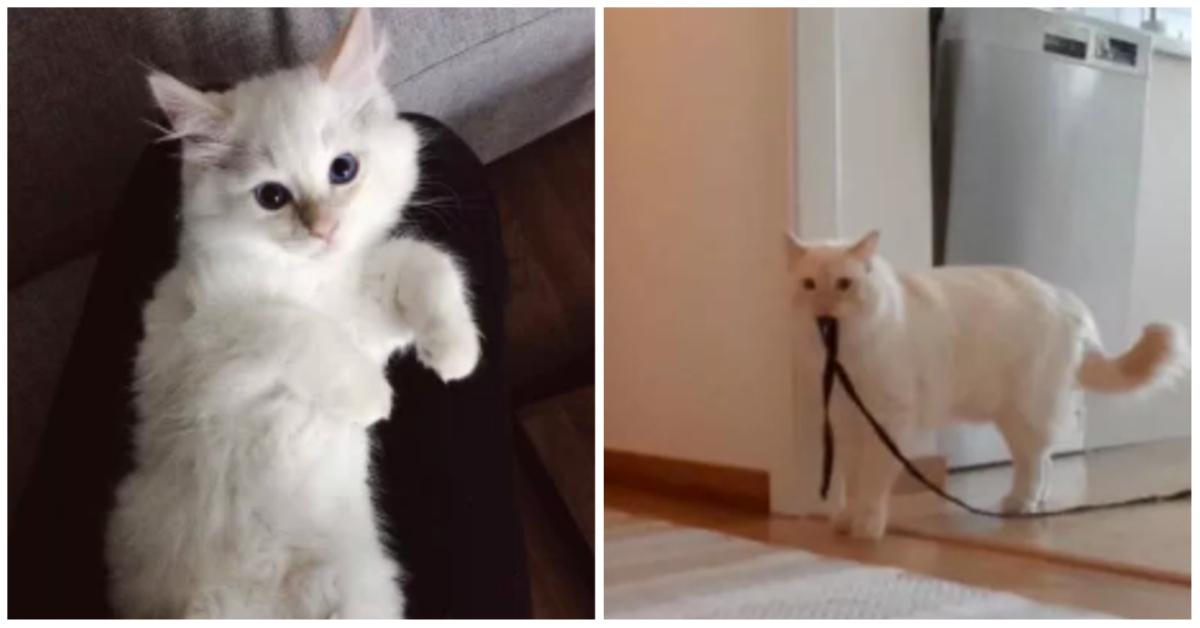 Like most of us during the pandemic, Ida Myrin has been spending a lot of time with her cat.

His name is Isola, he’s a three-year-old Ragdoll that has been with Ida since he was 12 weeks old.

Ida explains: “He is kinda spoiled and lazy, but also loving. He always demands our attention and yells every time he doesn’t get it.

He moves around constantly so he can see us both; he enjoys a nice cuddling but despises faces.

“When he was a kitten he often stopped what he was doing to randomly hit the floor instead and he has NO ball control. We also think that he is a bit claustrophobic. He loves feet. LOVES.”

Iosla has always been very attached to his humans and during lockdown he got used to always having them around. He really wasn’t happy when they were working or focusing their attention on other things.

Ida saw that he was enjoying having his people at home more often; all that additional attention must be great when you’re used to being “human free” throughout the day.

Then Ida had the idea of secretly filming him when he was left alone in the apartment for less than an hour.

At first she laughed, especially when he booped the camera, but after that what she saw what he did and heard his cries, it was truly heartbreaking.

So Ida decided to post the video on social media, and she received a lot of comments telling her to get a second cat so that Isola wouldn’t feel so lonely.

Ida explained to everyone that she already had a second cat.

The reason why she left the apartment in the first place was to take the other kitty to the vet for a senior checkup.