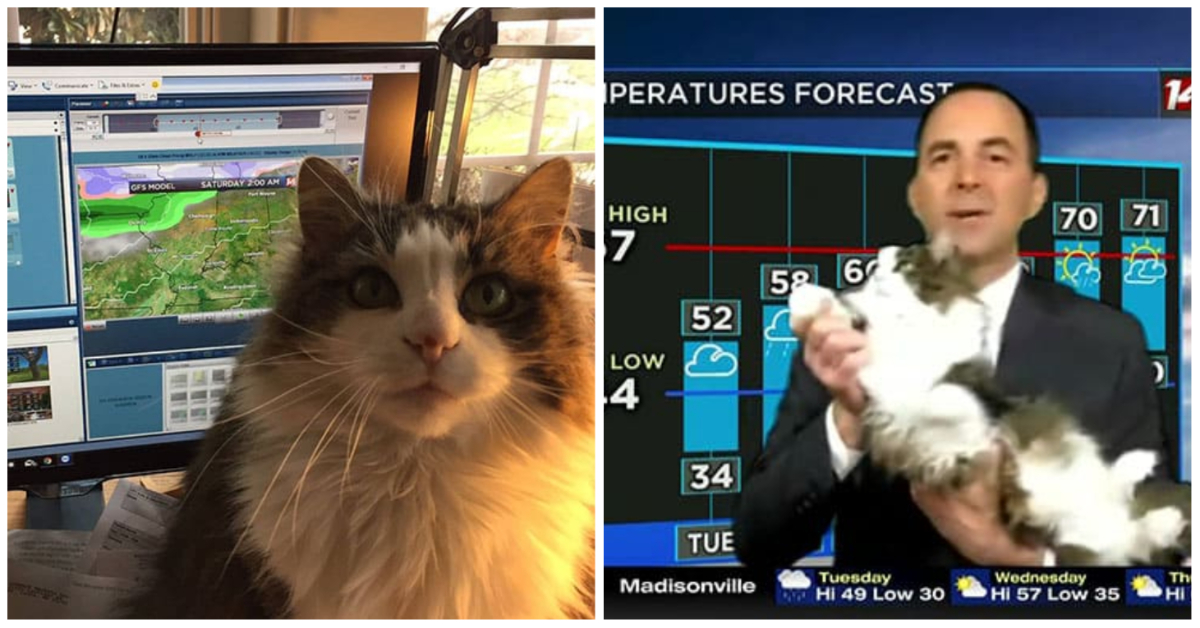 Although so many of us have to stay at home due to the coronavirus pandemic, it’s still good to know what’s in the forecasts. For this reason, weather forecasters are continuing their work from home.

Jeff Lyons, a meteorologist from Washington, has set up his new studio in his dining room to work on his weather forecasts at home. But in addition to his broadcasts, he also attracted notice by asking his cat, Betty, to join him.

“Working from home has been an adventure. I have my studio and green screen set up in the dining room. It’s nice to have a 30-second commute after the late news,” he told Bored Panda.

Lyons initially had no plans to let Betty appear on broadcasts. But when Betty the cat chose to interrupt him during a live broadcast, everything was altered.

In the midst of her owner’s forecast, the cat behaved as if she were an aspiring weather forecaster who craved attention. Because of this, Lyons made the decision to allow her to join the broadcast and to continue co-presenting the program with her. As he concluded his speech, he grabbed her up and gave her a hug.

Ever since Lyons brought his cat on his show for the first time at the beginning of April, more and more people have started watching his broadcasts.

Betty has gained Lyons thousands of views and likes on his Facebook page. Some viewers even come from Europe and Australia, so it’s clear that they love Betty and her presence!

The adorable cat has taken over the internet. Jeff and the rest of the crew even given her the moniker “Betty the weather cat” in response to the internet’s adoration.

Do you love this cute story? Feel free to share it with your friends and family members!