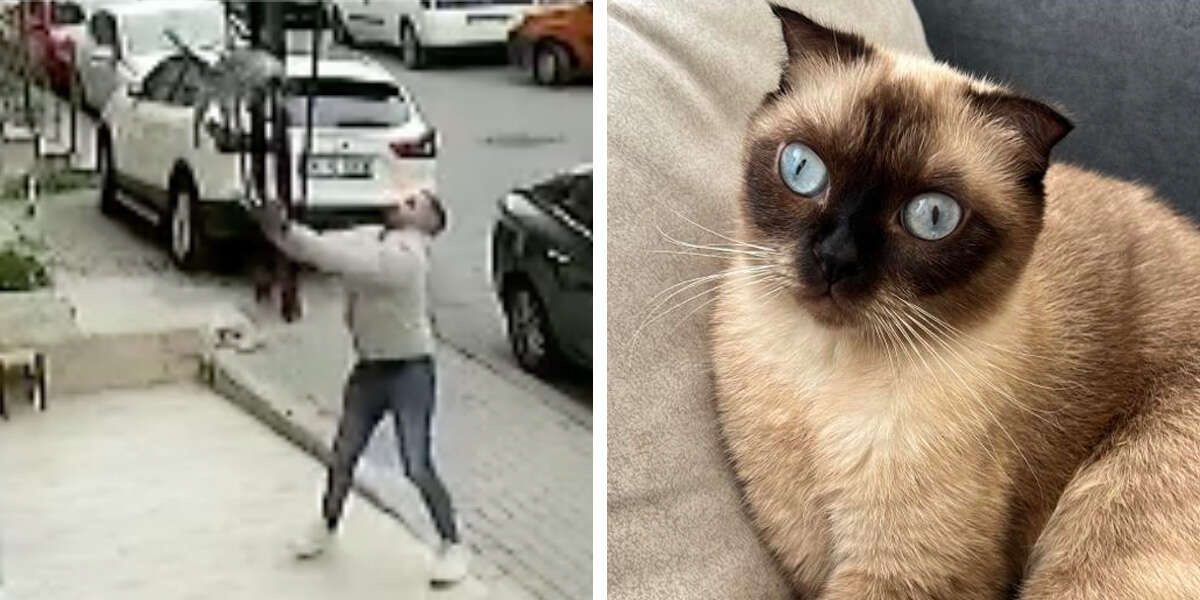 Zgür Anl was recently seated with a buddy at a café in Turkey while sipping tea when he noticed something.

He saw her cat in a precarious situation across the street at the apartment complex where Anl’s sister resides. Latte, the cat owned by his sister, was clinging on the edge of a window that was open fifty feet in the air.

Anl said to The Dodo, “I instantly went beneath the window.” The cat was about to tumble, in my opinion.

Anl was correct, as evidenced by CCTV footage:

The cat eventually lost her grip and fell toward the pavement below, but instead she landed in Anl’s arms.

She was saved there, and she also felt the warmth of his love.

As a reaction, “I opened my arms,” Anl remarked. After I caught the cat, I grew fond of her.

Latte suffered no harm at all. She had been saved by Anl.

Anlı’s sister, who was home at the time, was horrified to learn that her cat had slipped and fallen — but also incredibly grateful that Anlı had been there to save the day.

“He’s a hero,” Latte’s owner told The Dodo. “We have taken measures now so that something like this will not happen again.”