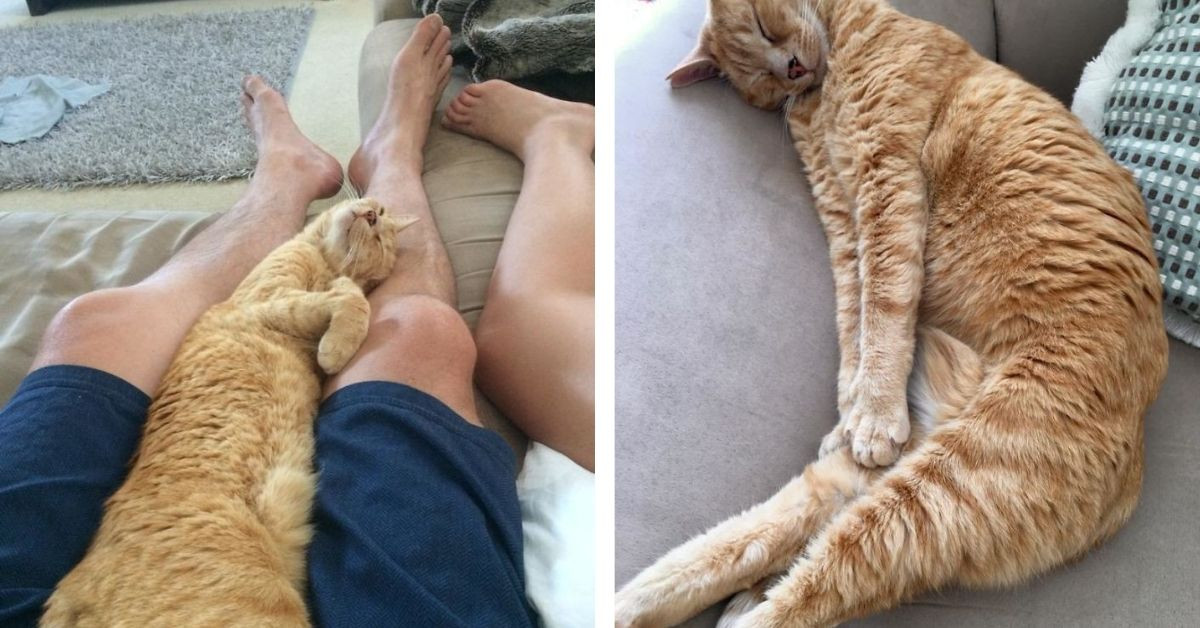 There’s definitely a difference between feral cats and stray cats. Feral cats have either never had contact with humans, or had it diminished a long time ago.

Because of their limited, if any at all, contact with humans, feral cats often spend their whole lives not living with humans. In some communities, humans help care for feral cat colonies by trapping, spaying or neutering, and releasing cats back to their feral colonies, but sometimes a feral cat becomes a house cat.

In a remote region of the Baviaanskloof in South Africa, an emaciated and bleeding kitten was found and scooped up by the Mercers to be rehabilitated and taken care of. 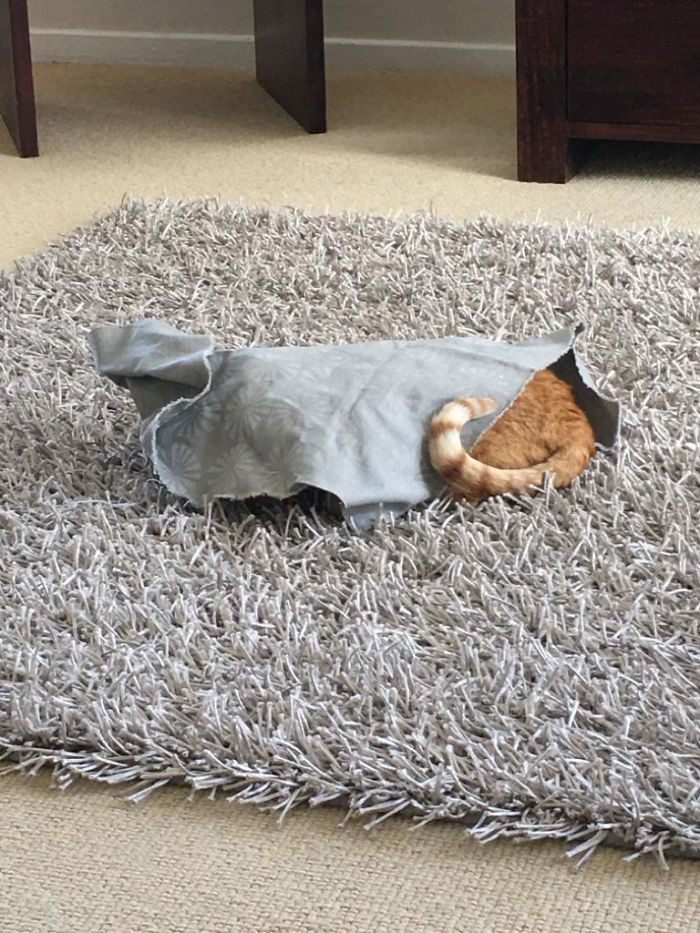 Her name is McCavity but the couple affectionally call her “Weasel.”

She was small when they found her and she never really grew to be particularly large. 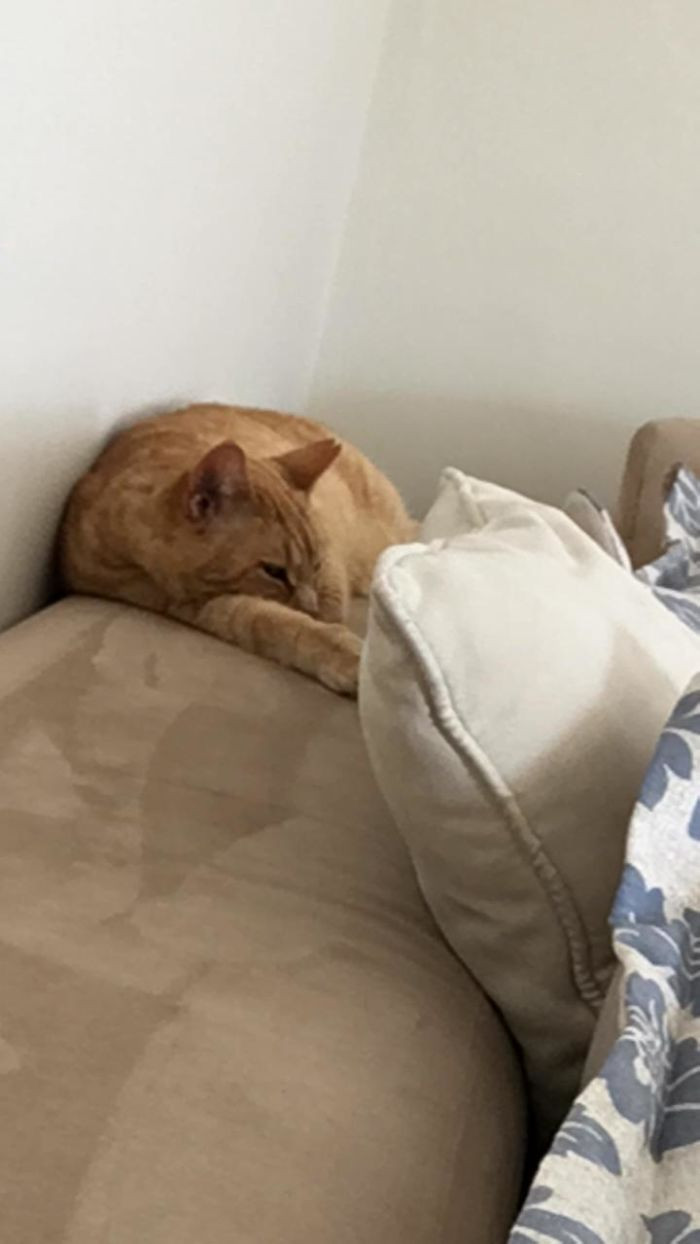 “We worried she might not adapt to being a ‘city cat’ and that she might not want to live surrounded by humans in such close quarters.” 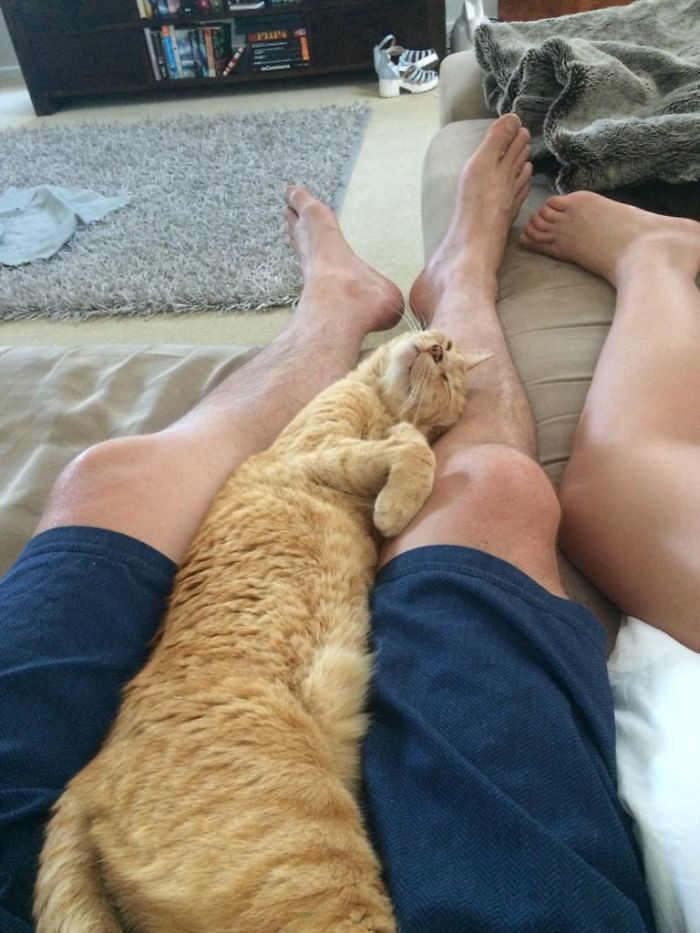 “She had, after all, never laid eyes on a highway, or seen a sky-scraper, or even another cat (not counting karakal and leopard).” 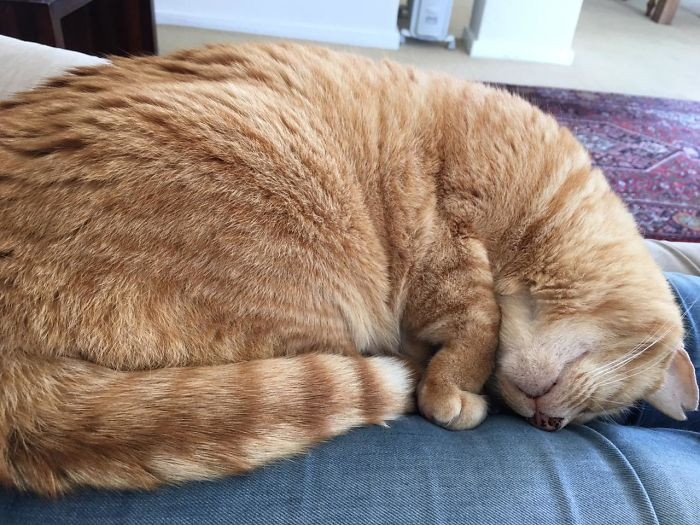 “At first, she hid away. Venturing out only when necessary. My wife started taking pics of her on the odd occasion she relaxed out in the open for a bit.” 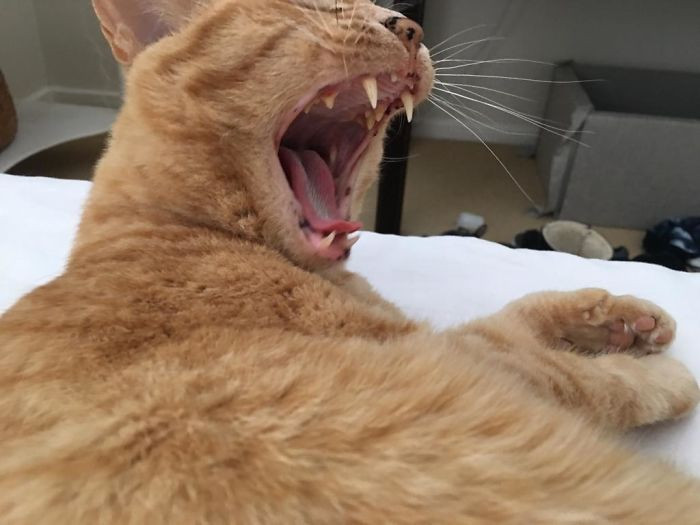 “Every now and then she’d play with a patch of cloth. Her patch, I mean. Don’t mess with her patch.” 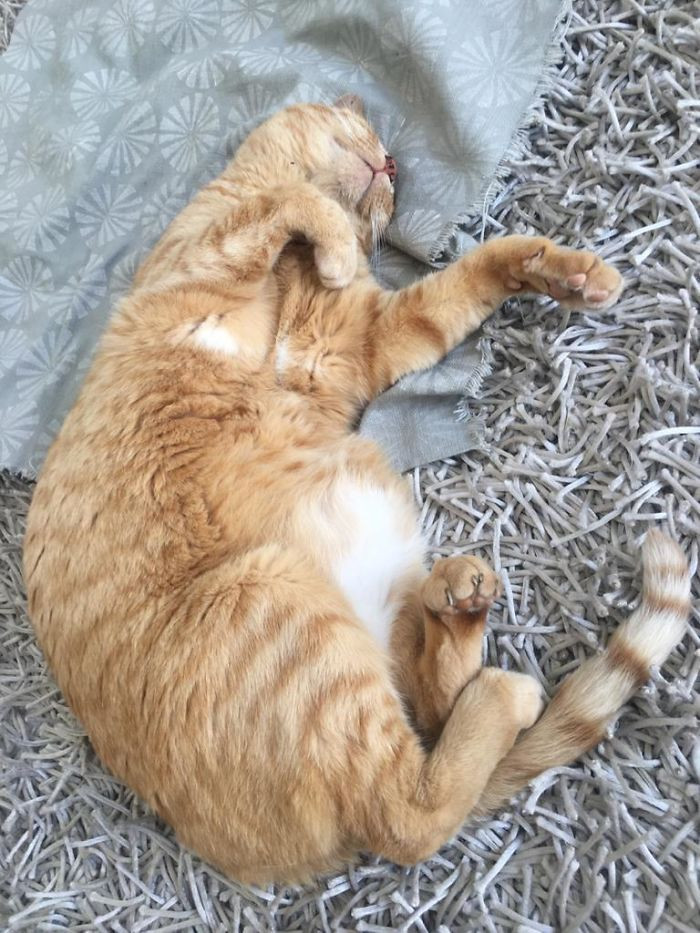 And then, as you can see, things changed for their beloved Weasel. She caught naps in laps and cuddled with her family and before long she was waking up in their bed. 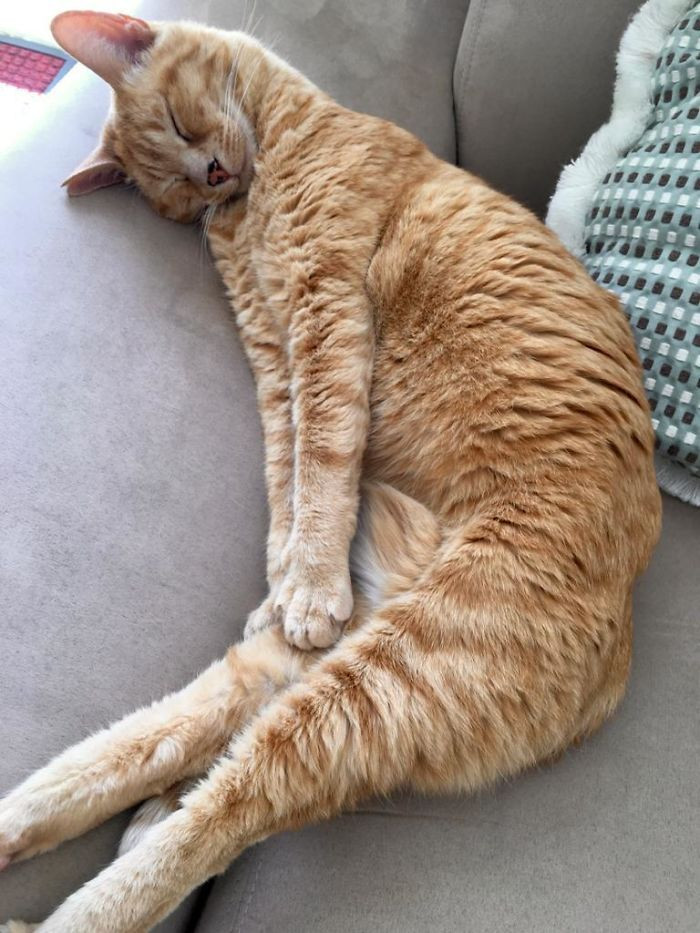 Before long, she was quite the demanding snuggle bug, David said: 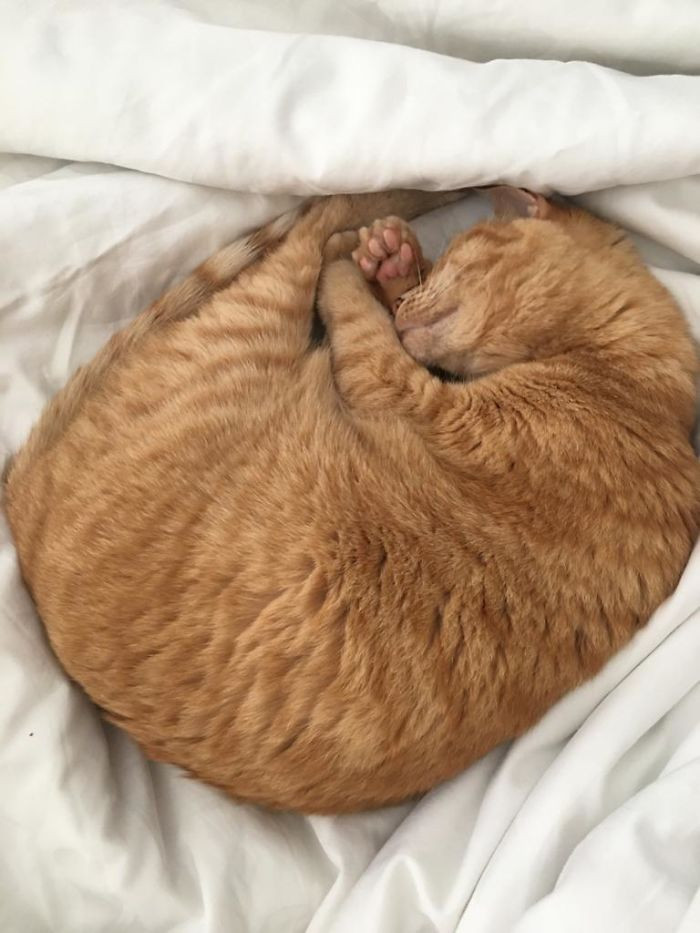 “And she will cry until I make space for her between my legs on the bed”Before long, she was quite the demanding snuggle bug, David said:via: David Mercer
Don’t worry, Weasel “catches up on any missed sleep in the daytime by covering her eyes” 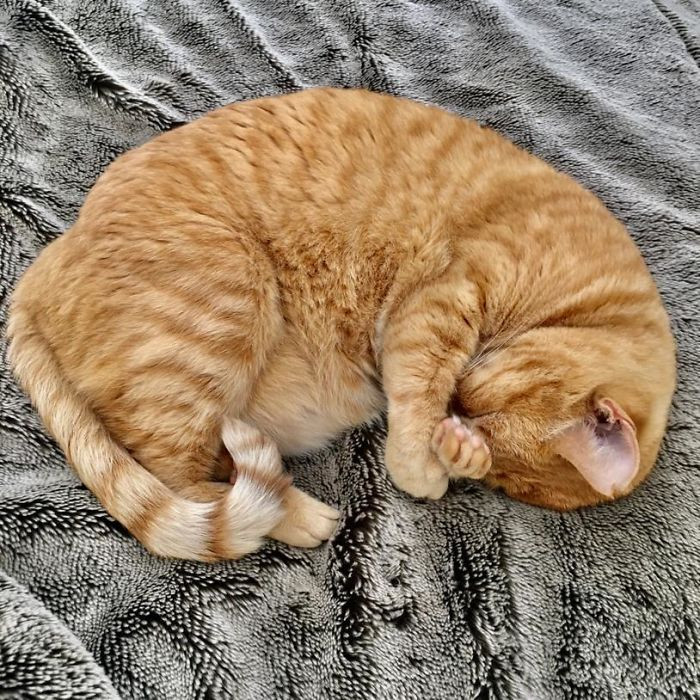 And now, she totally lives the best cat life possible, even “making biscuits” in the home, especially her daddy’s blanket..