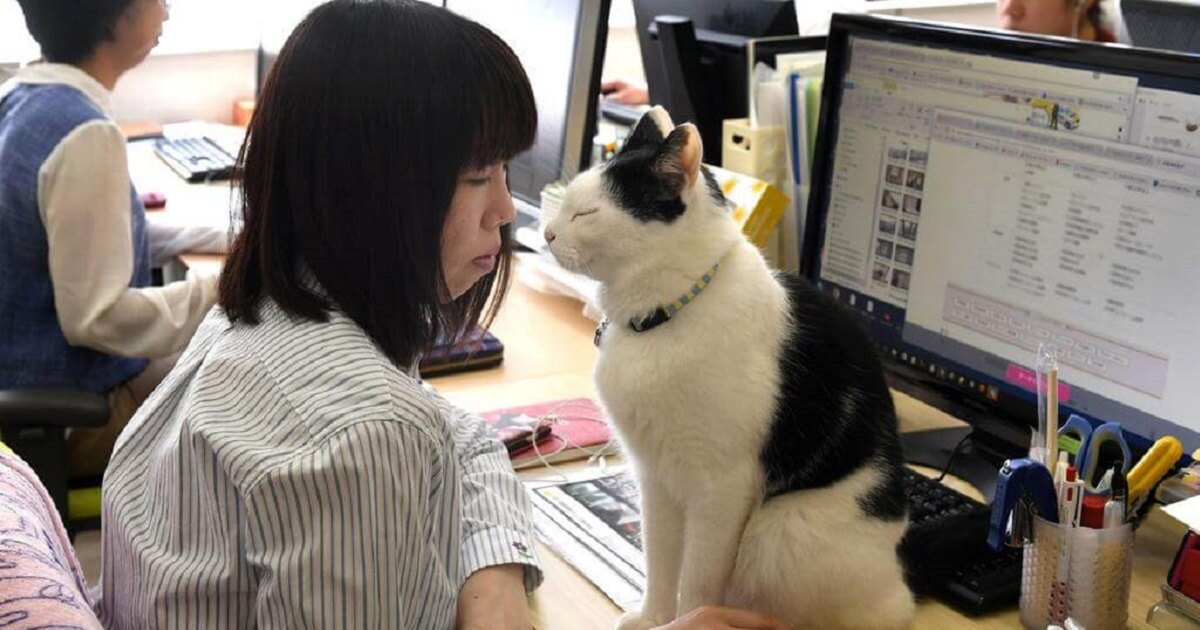 According to a poll, the typical Japanese worker works 53 hours per week, while a considerable fraction of the workforce — roughly 15-20 percent – works more than 60 hours per week.

The findings of this poll reveal that like many others throughout the world, Japanese people have too much to do, too much work, and too little time to rest and enjoy their life. That is the primary cause for the high percentage of Japanese workers who feel stressed at work.

Unfortunately, when work stress becomes chronic, it can lead to health problems (both physical and emotional health) such as heart disease and metabolic syndrome. So, Ferray, a company in Japan that specializes in IT introduced a solution “kitty policy”, allowing employees to bring in their own cats at any time to reduce the stress and fatigue of working for long hours.

The company’s CEO, Hidenobu Fukuda, instituted the famed cat policy in 2000 after a request from one of his workers. He also advises them to adopt cats from shelters and the streets rather than purchasing them from pet stores. “I instituted an office cat policy.” It permits workers to bring their cats to work. I’ll also provide 5000 (S$62) to anyone who wants to adopt a stray cat.” Hidenobu Fukuda expressed himself.

In addition to allowing cat-loving workers to bring their pets to work, the firm has adopted nine lovely cats who are free to wander the office and do anything they like. Although it is a wonderful idea to help employees, allowing cats to wander the office has certain challenges. He explained, “Sometimes a cat will walk on a phone and cut off the conversation, or they may shut down computers by stepping onto the off button.”

Overall, having cats at the office has been a great stress reliever for both the staff and the cats. The regulation has prompted a slew of other businesses to follow suit, including cat cafés on every corner. Simply by looking at these furballs, everything will improve, and whatever frustration you may be experiencing at work will most likely vanish!