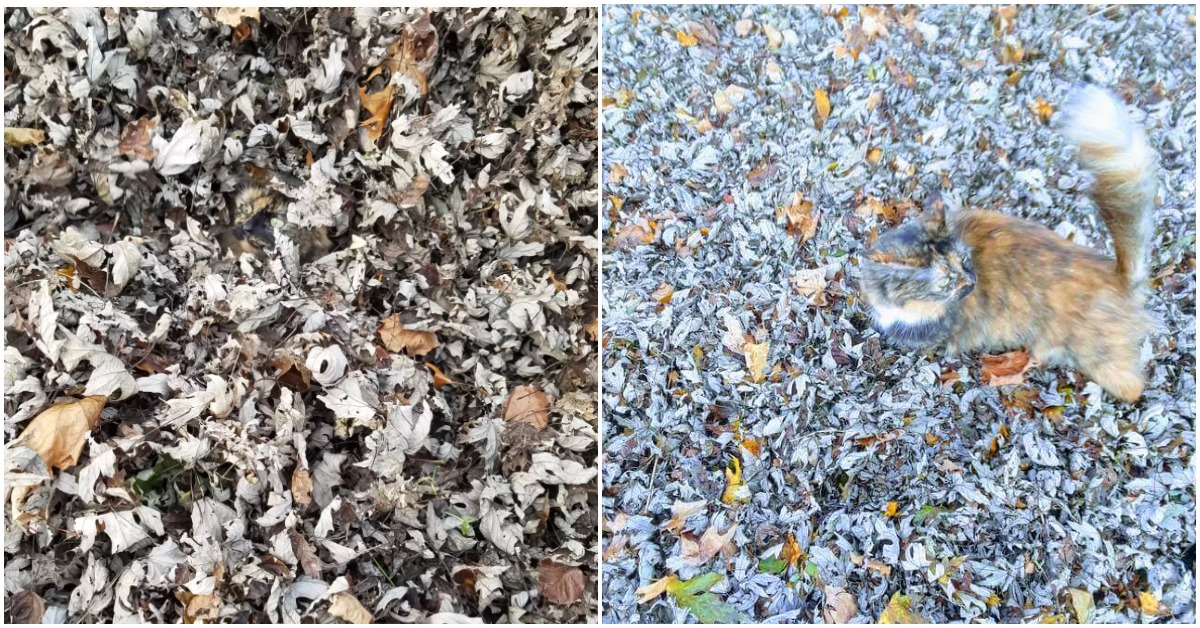 While sweeping leaves in her yard, Avery Shrader had a brilliant idea. She built a large mound in her garden and let her cat Lion investigate it. “She was ecstatic!” The Dodo spoke with Shrader. “She had a wonderful snooze.”

Shrader returned to raking after snapping a shot of Lion rolling in the leaves. Later that day, when she looked at the pictures again, she couldn’t see her cat – and neither could anybody else.

“The majority of the people I showed couldn’t spot her because she fits in so well,” Shrader added. “When they were playing in the leaves together, even my dog couldn’t find her!”

Are you able to locate her?

Lion knows exactly how to use her camouflage ability to her advantage. But the sneaky cat does not like being ignored: “Lion’s favorite hobby is … laying on the stairs so she can bite you when you step on her,” Shrader said.

Turns out, Lion was in the center of the pile the whole time:

Don’t worry, your eyes aren’t deceiving you — she is in there.

Lion is a tortoiseshell cat, which means her hair is a combination of black, orange, and red with a smidgeon of white. Lion’s speckled coat exactly mirrors the hues of autumn leaves, letting her to blend into the background.

When Lion returns home, though, she will not be forgotten. “I’m her favorite person,” Shrader said. “She enjoys hissing at my other dogs for entertainment.”