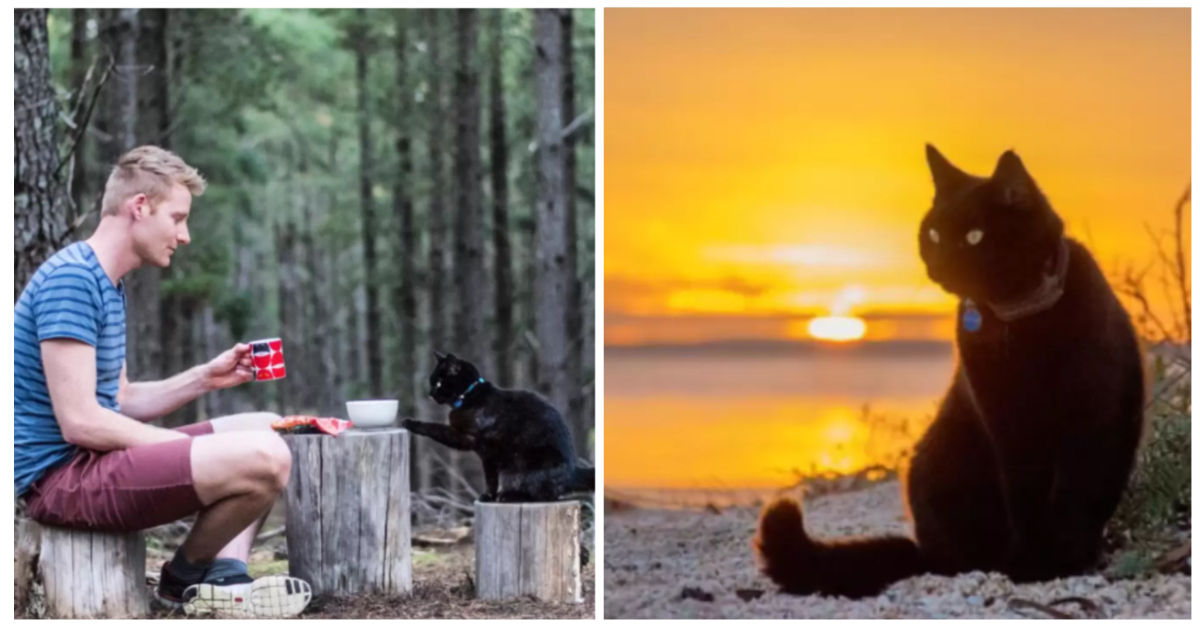 Rich East was dissatisfied with his life and felt stuck in it two and a half years ago. After ten years in the same work, he felt he wanted more, even though he liked the firm. He planned to take his cat Willow with him when he resigned his job and traveled throughout Australia in a van.

Since Willow was adopted by East five years ago, they have been close companions. He knew he had to take Willow with him when he made the decision to give it all up and travel the world, and fortunately, Willow has been enjoying every second of it.

“Willow enjoys exploring all the different places we go, but to be honest she would be happy wherever,” East told The Dodo. “My favorite part about traveling with Willow is seeing the world through her eyes. It slows me down and makes me enjoy the moment more. I really love the time we spend in the evenings exploring.”

Since starting their tour, East and Willow have driven to every state in Australia and stayed in their camper van each night. A van might not seem like enough room for a cat, but Willow adores her mobile home and has claimed every inch of it as her own, even East’s bed.

… which her dad likes to join her on occasionally, too.

Together, Willow and East have experienced a ton of adventures and seen a ton of breathtaking sites. No excursion is too large for Willow to go on with her dad, and he is happy to have her there for the entire journey.

Traveling with a cat is fantastic because you have constant company, according to East. “No matter how far away from home you are, you always have your closest buddy by your side to cuddle up with when you go to sleep on your feet. When you have someone else to take care of like that, it’s difficult to feel lonely. Simply said, sharing this event with her is a complete delight.

Willow has seen so much more than the average cat, and always takes some time to explore each new place. She’s taken in ocean views …

watched breathtaking sunsets, went on a trip with a cat, and climbed mountains…

taken boat cruises, visited woods, and anything else in between while traveling with a cat.

“There’s always challenges,” East said. “There are many places you can’t go with a cat like national parks and some reserves, and we always have to run on ‘cat time.’ But I wouldn’t trade it for anything. I couldn’t imagine the past few years without her.”

Of course, one of Willow’s favorite parts of her adventures is all the things she gets to climb along the way — from rocks to trees to anything she feels like climbing, really.

After a long day of exploration, East and Willow enjoy relaxing outside their camper van and just being together as they take it all in. They have seen a lot, but there is still a lot more for them to see, and they don’t intend to stop anytime soon.

We don’t regret anything, East said. “Life has changed so much, and I’m happy once again. It will probably be a while before we settle down. I’m eager to find out what Willow and I will find next.