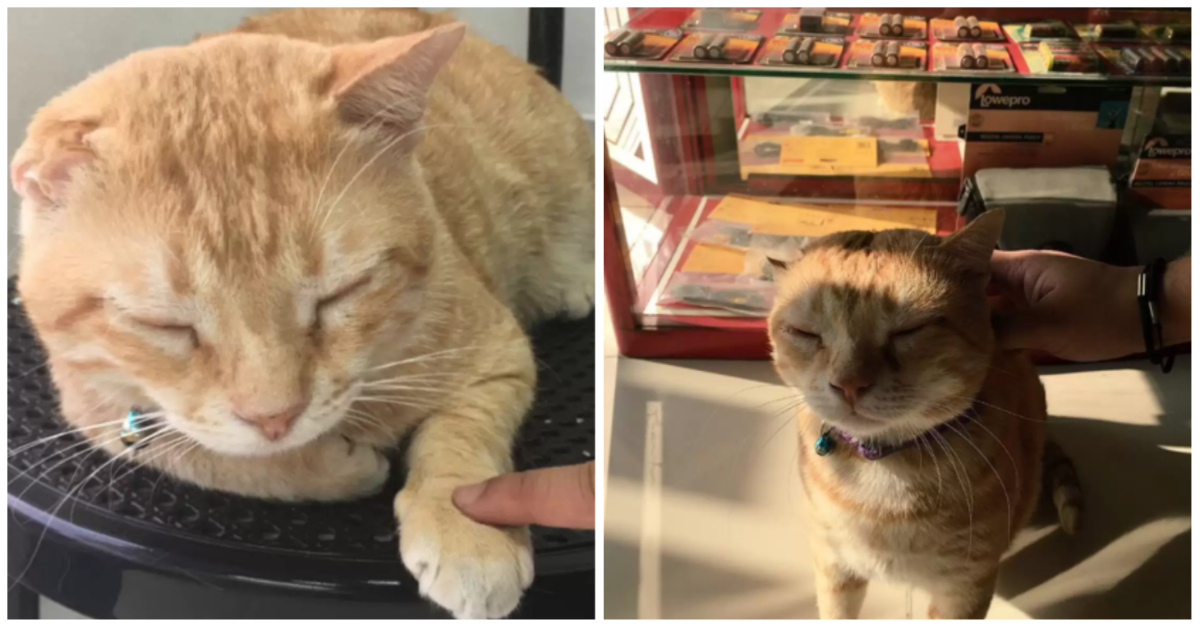 Food, water and a cozy place to call home may be enough to satisfy some easier-to-please stray cats. But those things alone won’t suffice for this former street kitty named Tom.

Tom demands more. He requires admiration — and he found just the place to get it.

Three years ago, employees at the printing business Photo Fast Studio in the United Arab Emirates started seeing Tom, who was then just a lone stray, hanging out in front of their entrance. They started feeding him because they thought he might use some help.

One day, according to Adem, a worker there, “he started following us into the shop.” “He then stopped walking away. He now resides here.”

Once he had his paw in the door, Tom quickly established himself as a fixture in the shop. His job duties? “All day, he just eats and sleeps,” Adem said. “Sometimes he plays with the customers.”

But by plying his feline charms in just the right way, Tom was eventually promoted to a new gig — as a model in photos filling the shop’s array of picture frames.

Essentially, Tom had tricked the shop into erecting a shrine in his honor.

When asked why the cat was chosen for the job of picture frame model, Adem’s response was simply, “We like Tom.”

(However, it’s unclear if she was answering under duress from the watchful shop cat, who was likely within earshot.)

Regardless of how incidental it may be, Tom’s presence in the shop has reportedly been beneficial for the company. Local Twitter user Pahtch claims that the cat has altered her shopping preferences.

Pahtch told The Dodo, “I’m a frequent [client] of the film shop now because of him.” “The fact that this print business has a mascot that encourages you to return greatly helps. Clients are compelled to play with him.”

As if achieving local celebrity status weren’t enough for the cat, now he’s admired around the world. Pahtch recently posted a tweet about Tom which has since been liked and shared more than 80,000 times.

Turns out, business at the photo shop may soon be booming even more because of it — and new shrines to Tom may start popping up around the globe.

“I didn’t really expect my tweet to blow up,” Pahtch said. “People have been bombarding me with messages on the shop’s location and to see if it’s possible to get Tom’s picture frames shipped.”